With this photographic project Going Slowly, Stefano Giogli, in addition to proposing a personal aesthetic interpretation of the landscape, wants to show us an attitude of life. The search for silent places and a peaceful and intimate atmosphere is part of the compositional process that starts from the survey of the zero-kilometer territories and reaches the southern regions of the peninsula. That of the author is, therefore, a steeped work of history typically Italian, because it is particularly influenced by the visions of Piero della Francesca, Luca Signorelli and Alberto Burri, but at the same time new, especially for its existential quality and for the artistic language used .

Natural places, woods and roads are flanked by residential interiors always purged of human presence to underline how the framed environment is evidently the visual projection of an inner space. Going slow is the artist's suggestion, visible as written on a road sign in an image , that pushes the spectator to stop and reflect on his daily condition, often fatigued by the pressing commitment. As an unwritten rule, learned during a psychoanalysis path, Going Slowly imposes the beneficiary to a new awareness. The conscious departure from the contingent event forces the observer to weigh the personal defeats and the goals achieved so far. However, Stefano Giogli's contribution is not limited to simple advice and simple self-analysis: the positive spirit that pervades his studio is transmitted to the public. In his opinion, the artist's conviction that the soul is subject to continuous changing, puts man before a choice of change that we are offered to undertake with a willing spirit. The strength of Going Slowly is represented by its dimension of oxymoron and coincidentia oppositorum: (union of the opposites) in fact if on the one hand we are invited to slow down the rithm of life, on the other we are pushed towards an active tension in order to improve our emotional condition . The intention (as the author himself states in a video presenting his work) is "to rearrange a disorder that manifests itself in reality". Stefano Giogli manages to do it; like a theatrical set designer, he observes the scene and often decides to place the lens in front of or behind windows, blinders, doors and gates encountered in his analytical wandering to find images full of meaning. The gaze, similarly to thought, is kept constantly in operation and the relationship between a tangible outside and a subjective inside is the investigated dimension. The work is born from the dialectic originated between the individual conception; the world and the snapshots are crystallized moments, magical encounters that take shape in this particular photographic shooting.

Born in 1965, he lives in Città di Castello (PG). He loves the visible and the invisible in photography. He has worked on numerous projects following an intimate and reflective interpretation. He is a member of Reflexions Masterclass and won several awards including "Lifebility Immagine Premio Giorgio Polver" with A Tavola (2015) and "VIII Premio Bastianelli" with L'unico eri Tu, Postcart Edizioni (2012). He took part in "Acta International" in Rome (2013), in "Les Rencontres d'Arles" (2012) and other important festivals. He has exhibited in Italy and abroad, collaborating with important Italian magazines (such as "Focus", "Io Donna"). His most important publications are L'unico eri tu and Going Slowly, both for Postcart Edizioni, Rome, 2011 and 2016. 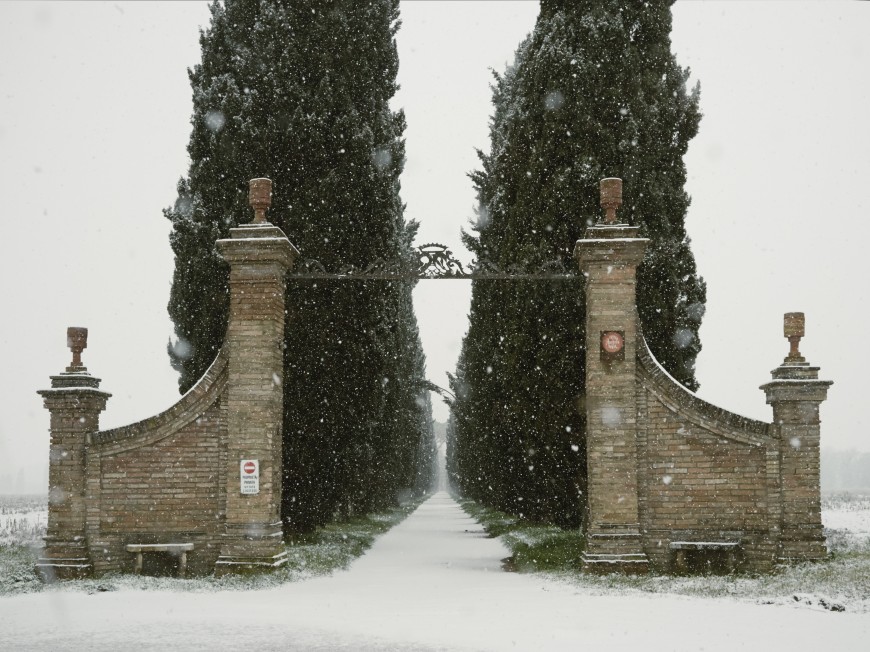