With curious attention, the view approaches towards rarefied marine horizons, crystallized by the photo shoot of Mario Vidor. In silence, title of this series of landscapes, pushes the observer to come into contact with the image through an extended visual action. As in a cinematographic slow motion, the user seems to experience emotionally a spatio-temporal expansion that, inevitably, drags him into a new psychic and mental dimension. Similar to sacred and therefore auratic works (despite the reproducibility of the photographic medium), the works of Mario Vidor present themselves as laical icons to which we address our most urgent questions. The sea, the boats, the nets, the trees are the subjects shown by the artist who uses these elements as if they were moments of an inner meditation with which, sooner or later, everyone has to deal with. A profound manifestation of the author's intimate personality, his creations are the mirror of a totally atonic and purely iconic linguistic expression. Even maintaining a solid stylistic identity, Vidor is undoubtedly capable of interpreting indirectly different figurative situations in content and representation. The choice of an evanescent light, in the early hours of the morning, for the colour images and the skilful use of contrast of light and shadow for black and white images are the central idea and the evident mark of a well-established compositional paradigm. On tiptoes, the artist shows us a symbolic space, relegated to the thought that, here, can only be born in the quiet natural solitude. The more the scenery appears devoid of sounds - often symbolically muffled by the fresh snow - the more the reflection increases repeating, metaphorically, the constant noise of the brain gear, represented by the constant pealing sound of the sea flowing on the foreshore. And in this sort of ascetic fusion with a different space, the spectator - as the author himself at the time of choosing the subject to immortalize - can only immerse himself and be invaded by a new existential condition. It is no coincidence that the works, in which the human presence is almost completely absent, become a contemplative refuge offered to the public. A private locus amoenus in which, finally, the turbulent finds comfort in a spiritual and consolatory condition. 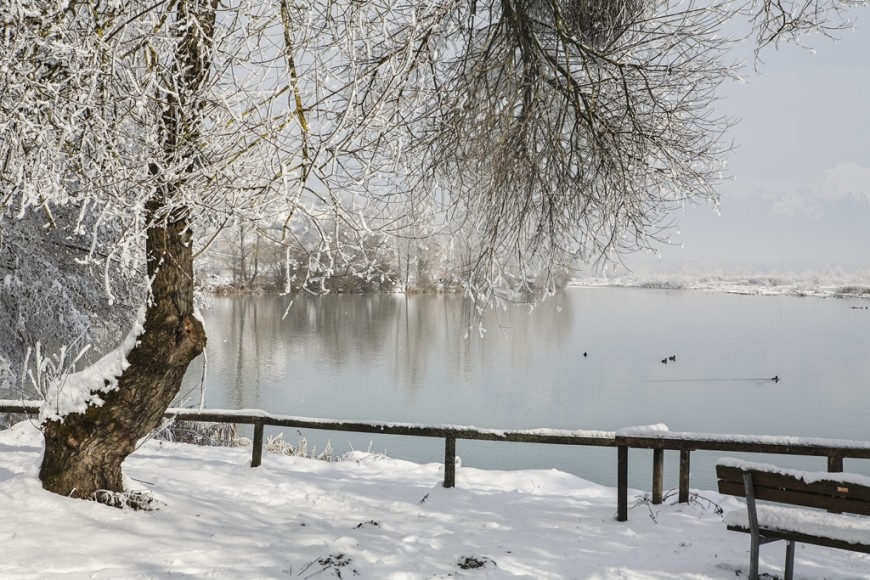