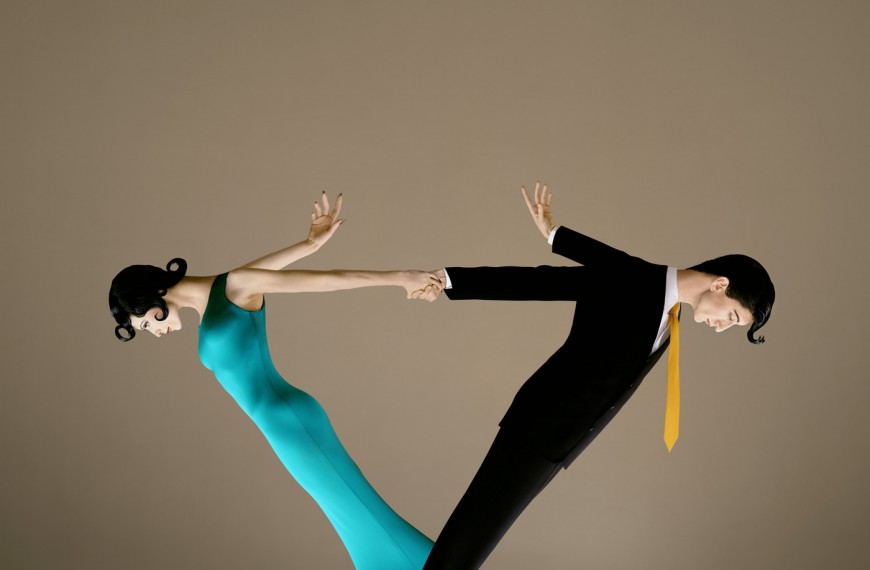 David Stewart’s photographic world has its roots in the seventies punk aesthetic imagination of his friends The Clash and The Ramones, the bright colors, the rarefied and intense, the strong sense of the ridiculous and excess, an aesthetic and an enchantress  originality that makes us trace the history of a musical film, similar to “The Boat That Rocked”, in which we ourselves become funny and eccentric main characters. His visions and its scenic compositions has earned him the final for the best portrait’s competition at the National Portrait Gallery in London. In contrast to other authors more neutral, his characters reveal their English identity, both in the choice of the interior of homes and environments in general, both for the nature of the characters, and the way they dress and pose. Stewart’s first exhibition in Rome, at the Anteprima Contemporary Art gallery  there will be exhibited nine works of the new series, with unpublished options. In - decision he analyzes the tension that follows indecision, starring girls all inside rooms: from the academic classroom, to the kitchen equipped with a small oven in all shades of green, from the walls to the girl's dress. The surreal portraits of women alongside daring combinations of places / tasks, in which they are immersed in deep thoughts: distant, catapulted into the wrong room or in the more unusual background for them. From the series Thrice Removed there will be exhibited Hugh and chicken in profile in which there is a conspicuous profile of an old man and a hen, a retelling of Grease Party "Saturday Night Fever" in a familiar way, followed by three works (Chair Ballet, Dancers and Reclining woman) in which the geometry of the postures and designers create perfect symmetry, a sexy courtesan and an indescribable soldier in camouflage.

David Stewart has exhibited in Italy: a European Photography in Reggio Emilia (2013 edition), at the Institutional exhibition CABBAGE in Macerata (2010) and Modena (2011) with the curatorship of Camilla Boemio.

They wrote of his works and published numerous series of newspaper headlines and international magazines of Art/ photography,  of which: