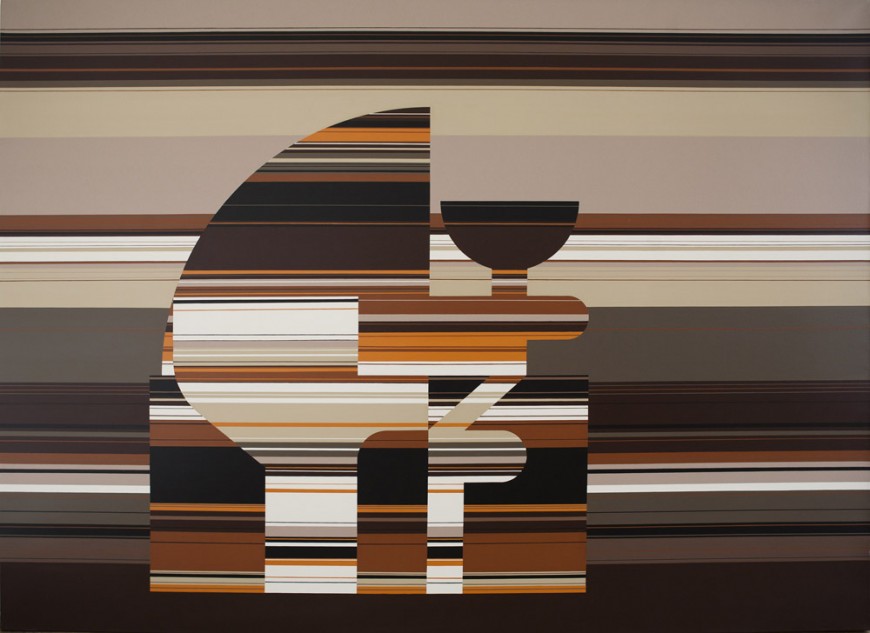 On Friday, March 2nd, at 7 p.m., the new gallery ANTEPRIMA Galleria d’arte contemporanea opens its doors with the first solo show in Italy of  young artist Ján Vasilko. The exhibition consists of two series of paintings: one representing new works and another one portraying older production.

The painting of Ján Vasilko is very closely connected with the avantgarde movements between two world wars, especially Constructivism, Suprematism and Dadaism. The young artist uses two aspects of avangarde that he considers the most important such as idealism and romanticism. His works oscillate between abstraction and landscape painting, between ideal architecture and rigorous construction. Pure manuscript, geometric precision and clear composition predominate all his acrylic painting but moderate colors and monochromatic superficies are characteristic to his earlier works. Vasilko’s new paintings are enriched by playful elements and their chromatic spectrum is expanded, however they still are based on linear relationships from the previous works.

The inspiration for his ideas comes from the enthusiasm for mechanical productions, various agrarian mechanisms, factories and robots. In fact, the machines in the pictures of Vasilko obtain the function of heroes and become the voices of philosophical and ideological messages. Some pieces in big format represent atypical citadels, the monuments of our days. These ascetic architectures are on the one hand successors of the utopias of the past, with the reference to Tatlin’s tower and cloud-irons of El Lisickij, on the other hand they represent new social constructs, the projection of personal utopic dreams of a better society. Vasilko is able to extract from the static residues the dynamic and lively scenes, full of illusions, anxiety, melancholy that do not miss the absurdity and icy humor. The painter admires and yet, at the same time jokes from the politically engaged art. Together with his colleague Peter Králik he is a co-founder of the apolitical party, The Steel Party, whose goal is to reflect on social and political problems.

Ján Vasilko was born in 1979 in Humenné, in Slovak Republic, he lives and works in Košice. He was presented in various public and private galleries, as Wannieck Gallery, Brno (2010); Slovak National Gallery, Bratislava (2010); Strabag Haus, Wien (2009); Praguebiennale 4, Karlin Halls, Prague (2009); Freies Museum, Berlin (2009). In 2005 he was the resident at ISCP Studios in New York.